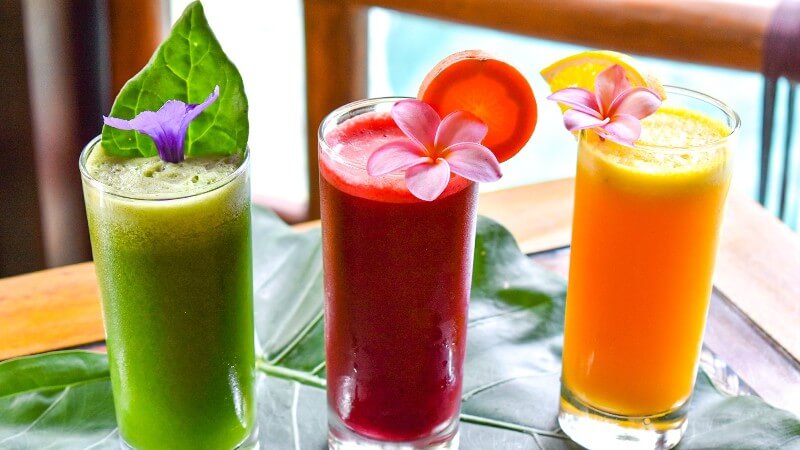 When my editor asked if I could write a blog about the best drinks to enjoy in Costa Rica, I wondered how he knew I was such an expert on this topic.

“Can I mention beer?”

“Sure, beer, but after the beer, what else?”

“Karl, we need something besides beer. You can’t drink beer in the morning.”

“YOU can’t drink beer in the morning.”

“Karl, you need to mention coffee.”

Here, then, is our guide to liquid refreshment in Costa Rica, and our picks for Puravidaville’s most essential libations.

What goes better with white sand, green palms and a blue ocean than a cold yellow beer?

Costa Rica’s most popular beer by far is Imperial, a tasty lager that’s been in production since 1924. It’s made by FIFCO, the Florida Ice and Farm Co., a Costa Rican beverage giant that has nothing to do with the U.S. state of Florida. FIFCO also makes Pilsen, a pilsner with a somewhat more bitter and complex taste.

FIFCO also makes several varieties of a quality beer called Bavaria. Plus (hot tip) it makes a low-priced light American lager called Bohemia that I think is every bit as good as Imperial.

I once aspired to write a book called “Costa Rica on $1 a Beer.” My brother Paul, who has lived here 25 years, told me that’s impossible — beers almost always cost $2. Then I was slumming it at the Palí in Barrio Cordoba, San José, and I spotted a six-pack of Bohemia for 3,000 colones, or 500 each, which at the time was almost exactly one dollar. I rest my case.

Costa Rica also has a lively craft beer industry, with independent breweries all over the country. You can find complex tastes in all kinds of little bottles with imaginative labels at any well-equipped grocery store. There’s even one called Tumbacalzones, which means “panty remover.” Enjoy in moderation!

Good grocery and liquor stores also carry a wide variety of imports, including Sam Adams, Corona, Modelo, Red Stripe and many more. (But faith and begorrah, where is the Guinness?)

“Karl, can you please mention something besides beer now?”

Guaro, a clear liquor distilled from sugar cane juice, is Costa Rica’s most popular firewater. The dominant brand is Cacique, which means “Chief,” made by the Fábrica Nacional de Licores, or FANAL (though if you drink too much of this you may start pronouncing the name “FATAL”).

Guaro can be mixed with almost anything — fruit juice, soft drinks, coconut milk, club soda. Costa Rica’s most iconic shot is the chiliguaro — a spicy mix of guaro, tomato juice, lime, hot sauce and spices, served in a shot glass with a salted rim, like a miniature Bloody Mary.

There’s also the guaro sour with club soda, lime and sugar, the coco loco with coconut milk, the guaro punch with pineapple juice, orange juice and triple sec, and … your invention here.

Bar ahoy! Get in touch with your inner pirate with a yo-ho-ho and a bottle of rum. Costa Rica’s Centenario is top-notch, while Nicaragua’s Flor de Caña is widely recognized by expert tasters as one of the best rums in Latin America.

You can also find the usual suspects here, including Bacardi, Captain Morgan and Malibu.

You can mix any of the above with fruit juice, or of course Coca-Cola — caffeine and alcohol, together at last!

Oops, we buried the lede. Costa Rica is internationally famous for its coffee, which grows on the cool, rainy slopes of the mountains that form the spine of the country.

Costa Rica was the first Central American country to grow coffee commercially, starting in 1808. Coffee became Costa Rica’s first export in 1820, and it soon became the linchpin of the economy.

Costa Rica’s iconic painted oxcarts were originally used to haul coffee beans from the mountains to the markets. For many years, coffee was exported by sea via the west coast port of Puntarenas. But before the Panama Canal opened in 1914, these ships could not sail to the Atlantic Ocean without rounding Chile’s Cape Horn — a dangerous passage that was thousands of miles out of their way.

So the coffee ships would sail to Panama and offload their cargo, which would then be hauled to the Caribbean coast by mule. There a new set of boats would pick up the beans and sail for New York or London.

But this was all way too complicated, and what Costa Rica needed was access to its Caribbean coast. Limón was a natural port (even Columbus stopped there), and it was a straight shot from Limón to the eastern U.S. or Europe. But there was no easy way to get to Limón from the Central Valley because of the densely forested mountains between them.

So the people in charge of the country (many of whom were coffee tycoons), decided to build a railroad between San José and Limón. The project took 20 years, and thousands of workers from Costa Rica, Italy and elsewhere died of malaria, yellow fever and other ailments.

The railroad was finally completed in 1890, and don’t even get me started on the bananas. Long before Costa Rica was a “banana republic,” coffee was the goose that laid the golden egg. This country was built on coffee — not just its transcontinental infrastructure, but its human heart and soul.

Even today, Costa Rica remains the 13th-largest coffee exporter in the world, with an astonishing 90% of its annual harvest sold overseas.

Popular supermarket brands here include 1820, Volio and Rey. Café Britt is a premium brand sold mainly to touri$t$ — it makes a good souvenir gift but would be pretty pricey to drink every day.

If you get a chance to go on a coffee tour, do it. They’ll tell you more about coffee than I ever could. And the coffee breaks on these tours are incredible.

Wait, you had me at tamarindo, the tart and tasty legume that’s almost impossible to find back home. This stuff is so good they named a town after it.

Your server may ask if you’d like your juice “con agua” or “en leche.” You’ve already chosen the fruit, and now you choose between water or milk to blend up your dream concoction.

You’re really going to like the water in Costa Rica, especially if you stayed up till 4 a.m. last night drinking guaro.

Tap water is safe to drink almost everywhere in Costa Rica. Any exceptions would be an anomaly, though if in doubt, feel free to ask your host or your neighbors if they drink it.

I’ve been in Costa Rica for seven years, I traveled to every corner, and I drank the water everywhere. And if I ever got sick from drinking anything, it certainly wasn’t water.

How the water tastes, on the other hand, is a question for your discerning palate. My better half, Guiselle, is addicted to store-bought water, of which she drinks a liter a day. She insists on the brand Cristal (a product of the aforementioned FIFCO conglomerate).

Me, I can’t taste the difference in the store-bought water and the tap water, but Guiselle is a master water taster. We recently stayed at a hotel in the mountains of Monteverde and she tasted the cold water from the bathroom tap and said, “Ay, Dios mío, this water is perfect.”

If you’re still thirsty after all that advice, here are some additional forms of hydration you might want to consider:

Similar to an horchata, this is a drink containing rice, milk, water, cinnamon and cloves. Commonly served at public festivals, fairs and rodeos. A resbaladera is literally a slide on a children’s playground, so maybe the drink got this name because it’s slippery and it goes down fast.

Don’t be fooled by the name “toad water” — you can’t go wrong with a drink made of sugar cane, ginger and lime.

Yes, this is a thing here, but only for Christmas, obvio. Sometime around Thanksgiving, start looking for milk-size cartons of rompope at the grocery store. The rum is in another aisle, and may your holidays be bright.

I am ashamed to admit that I have never tried this iconic roadside booze, which I’m told tastes like sweet wine. Made from the fluid inside the trunk of a coyol palm tree, this whitish palm wine is not sold in stores anywhere that I know of. But there are legions of roadside vendors in Guanacaste selling their moonshine wine under hand-lettered signs.

Sorry, England, but people here don’t actually brew tea at home. However, plastic bottles of refrigerated sweet tea are sold everywhere, to anyone, and constantly. The powerhouse brand is Tropical (also made by the octopus-like FIFCO). The strange thing about Costa Rican iced tea is that it always comes in two flavors, lime and peach. If you want to buy a cold bottle of tea that isn’t flavored with either lime or peach, you might have to fly to a different country.

Dairy is a major industry in Costa Rica, and the milk tastes exactly like you would hope. What takes some getting used to is that most milk in stores is sold at room temperature, which would be unthinkable in the U.S., but this doesn’t affect the quality or taste in the least bit.

Literally “gassy things,” gaseosas are carbonated soft drinks like Coke, Pepsi, Sprite, 7-Up and yes, even red Fanta. If you find a Dr Pepper, buy it, and let me know where you found it. 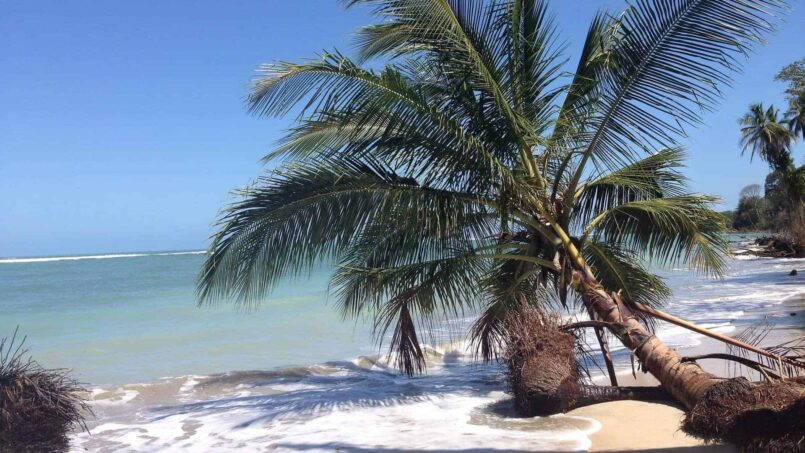 ‘Visit Costa Rica’ Should be on Your Bucket List 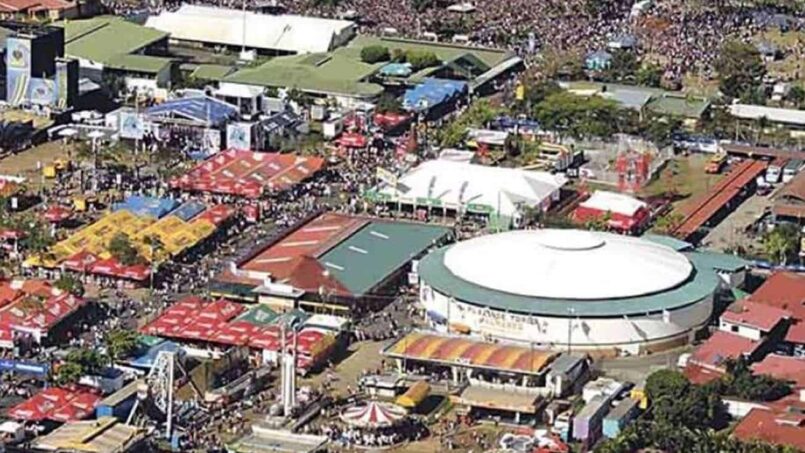 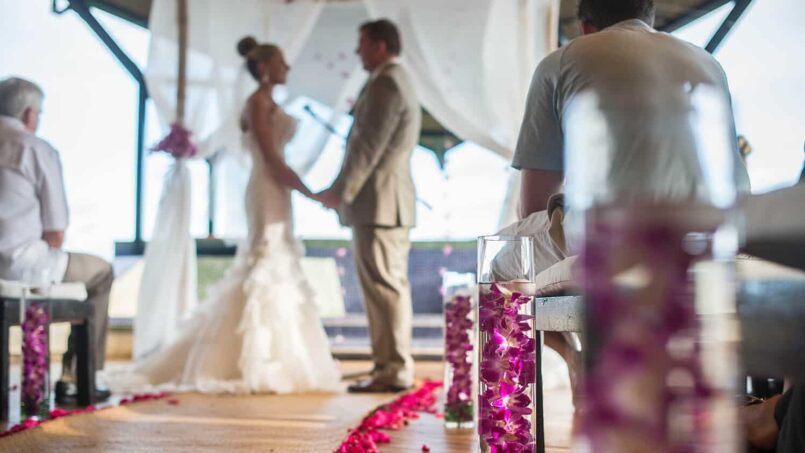 When it comes to locations for the best destination wedding, Costa Rica is one of... 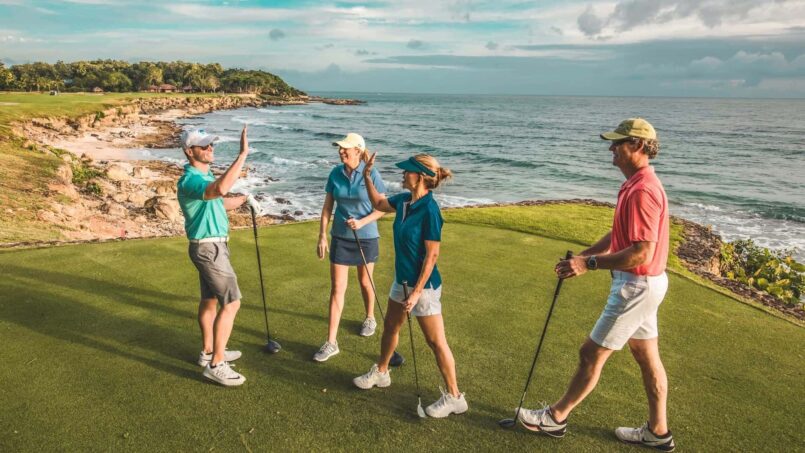 Reserva Conchal, Costa Rica, is what most resorts in this country only dream of being.... 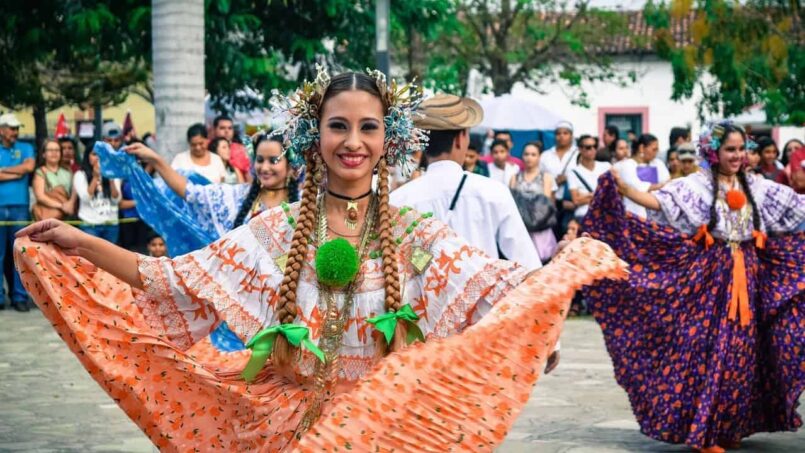 What Is Cultural Competence? The Value of Sensitively Connecting With Diverse Groups of People Sometimes...