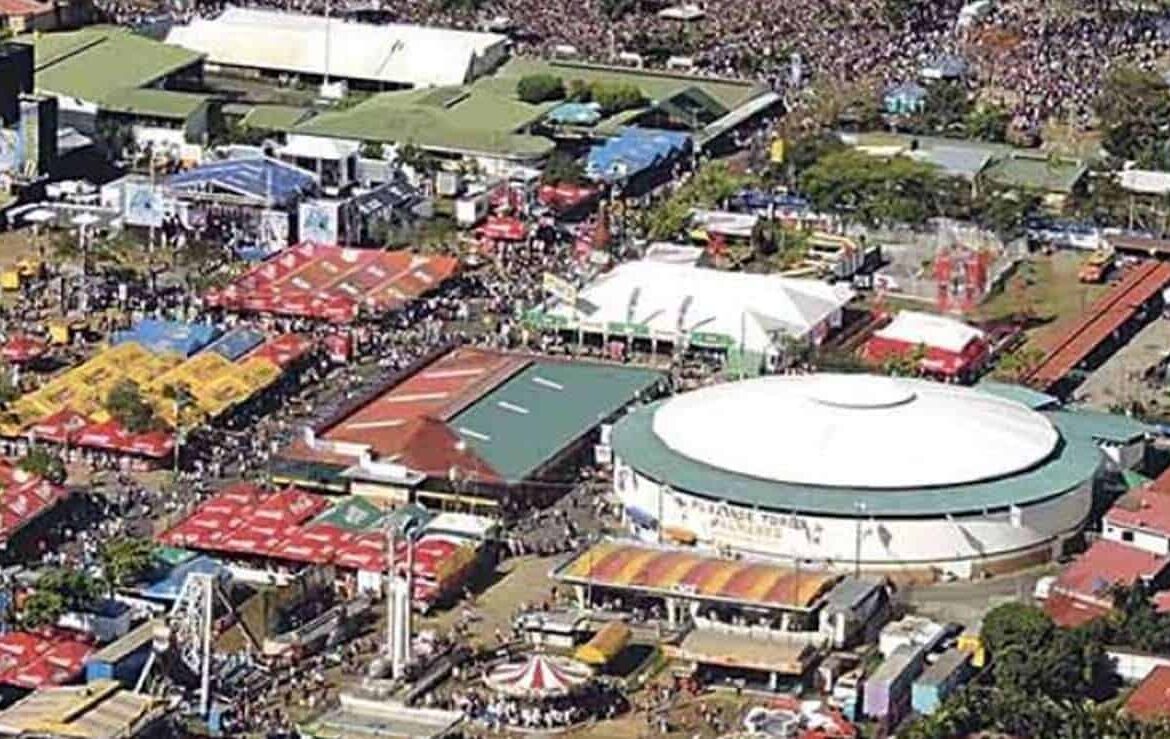 Costa Rica Food Festival street vendors are omnipresent at the local fiestas.  When you see workers setting up the local bullring, you know the fiestas are rolling into town and with them, the wonderful food and snacks of the Costa Rican street vendors.  Here are some of the typical street snacks you’ll certainly find in abundance around the bullring and the carnival rides.

Chorreadas are delicious Costa Rican corn pancakes served warm. They usually come with fresh natilla – or sour cream – and they are one of the country’s culinary claims-to-fame.

Arroz Cantones fried rice was introduced by the large Chinese immigrant population, but became so popular that it is now considered one of the country’s typical foods. There is something in it for everyone: ham, chicken, shrimp, pork. For vegetables, most recipes call for scallions, celery, bean sprouts, and sweet peppers.  Oh, and don’t forget the soy sauce, which gives it its color.  This is a very popular street snack at Costa Rica food festivals.

Fun Fact: In 2013, 52 chefs and 20 assistants representing 35 restaurants went down in the Guinness Book of World Records for largest plate of fried rice. The plate weighing 1.3 tons was created in celebration of Chinese New Year.

Pupusas hail from El Salvador, but when the Food Festival is happening you will find vendors cooking up these savory street snacks.  In fact, these corn tortillas filled with pork, cheese and refried beans can be found at almost all fresh food markets and fiestas throughout Costa Rica. They are usually served with spicy cabbage fermented in vinegar.

Chicharrones are downright delicious. There are two varieties of this popular Costa Rican street snack: crunchy and not crunchy. The crunchy kind are made from the skin, and people either love them or hate them. The meaty kind is made of delectable pork meat.

A decadent dessert made of fried bread coated in sugar. They are kind of like funnel cakes, but even more amazing.  This is a great street snack to share with your family while wandering through a Costa Rica food festival.

The classic shish-kabob – Costa Rican style Pinchos are simply any savory meat on a stick.

Enyucados are very similar to empanadas, but cooked with yucca flour instead of corn or wheat flour. They can be stuffed with anything from chicken and vegetables to pulled beef and cheese. Enyucados are delicious hot pockets of meaty, cheesy goodness.

Granizados are Costa Rican snow cones. Men in little carts walk around putting shaved ice smothered in sugary syrup, along with powdered and condensed milk, into little cups. During the food festivals, these frozen treats are a popular street snack to help provide some relief from the Guanacaste heat.